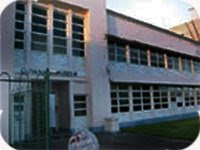 The an important national institution in is located on North Road Company path in the capital city of . The is also called the was established in 1853 by the Royal Agricultural and commercial society.
In 1863 marked a new chapter in the development of museum in because it was successful in opening of its new building which was rebuilt by the Royal Agricultural and Commercial society.
Under the society the museum was opened to the public in 1870 for two days a week after the Government offered ^,-1,800 annually towards the institutions maintenance. There was no permanent curator of the museum in the early years; rather these services were achieved through Dr. H. Whitlock a medical officer of health, who readily volunteered his skills. It was through him that museum was able to obtain it first animal exhibits. In 1876 Dr. Whitlock died and his services were for a short period executed by Mr. Fresson. The members of the society soon realized the need for the service of a pait curator, which was appointed to Sir Edward Fim Thurn from 1877-1879 after his two years service he returned to take charge of the Museum once again which was short lived. He was succeeded by Mr. E. A. Glaisher in March 1883. Under his helm the collection of the museum was enhanced with the presentation of mineralogical and genealogical exhibits by Mr.Harrington Brown. In 1885 the museum progress was temporarily halted by the death of Glaisher. Mr. Fresson acted as Curator until the appointment of Mr. John J. Quelch who under took the task of expanding the museum activities. After Quelch resigned Mr. Evans was temporarily assigned which did not last long and Mr. James Rodway undertook the task of curator and the exhibits were greatly enhanced on botany which was Rodway interest. In 1925 Rodway resigned after many years of service. He was then succeeded by the Dr. Walter E. Roth who placed great emphasis on anthropological exhibits relating to the indigenous population of .

In 1934 Governor Sir Edward Denham successfully lobbied the Carnegie co-operation to provide a grant of $25,000 for the purposes of constructing a second floor to the national library for the purpose of exhibiting the museum’s collections which were displayed in overcrowded galleries. In addition to this a grant of 2400 was secured in 1935 for the salary of curator and the purchase of cases to display exhibits. In this same year the society relinquished control of the museum to the government. The institution was then renamed the British Guiana Committee and placed under the management of the Georgetown Public free library committee. The museum was separated into two buildings. The Natural History section in the current museum and the economic science and anthropological and historic section of the museum were opened to the public. On 31st January 1938 the Natural History section was opened to the public.

Vincent Roth, who accepted the post part time, extended the museum activities to include personally guided tour to visitors and preparations were made to design and complete the school loan exhibitions.

On 23rd February 1945 there was an explosion at Bookers drug stores which affected the entire Royal Agricultural and commercial society and sixteen other building was burnt to the ground.

In 1946 the legislative council with government’s approval adopted the proposal for provision of $50,000 for the rebuilding of the museum. An annual grant of $2,500-3,000 was released over a number of years for this purpose. Mr.Ram Singh and his fellow workers rebuilt the museum natural history collection. So great was the volume of the new collection that the premises proof to be too small. In the circumstances an alternative venue was sought. A lease of two-thirds of Cummingsburg market where the Government flats are now located was then used as the general store room for many years.

In February 1946, permission was granted and over the course of the next three months the premises was transformed to house an exhibit the natural history collection. The temporary museum was formerly opened by the officer administrating the government Mr. W.L Heape on July 14, 1949. On May 28- July 1951, with great fanfare the present building after being dedicated by His Grace the Arch Bishop of the was declared opened.

The is divided into basically three sections- Natural history, social history and industrial. The Museum opens from Monday to Saturday from 9:00 am to 5:00pm.

Today the museum represents an interesting collection of exhibits ranging from the print press of Black Magenta to the Rolls Royce once used by the late President Forbes Burnham. The museum continues to grow with the staging of exhibitions and educational awareness programmes aimed at bringing the museum to life, a source of inspiration for those who walk through its doors everyday.

Some of the artifacts that can be found in the are:

There are lots more artifacts that can be found.